I’m just back from the Oncology Association of Naturopathic Physicians conference in sunny San Diego, where I had the privilege of sitting on a discussion panel with some of the most distinguished of my colleagues (that’s me in the middle). 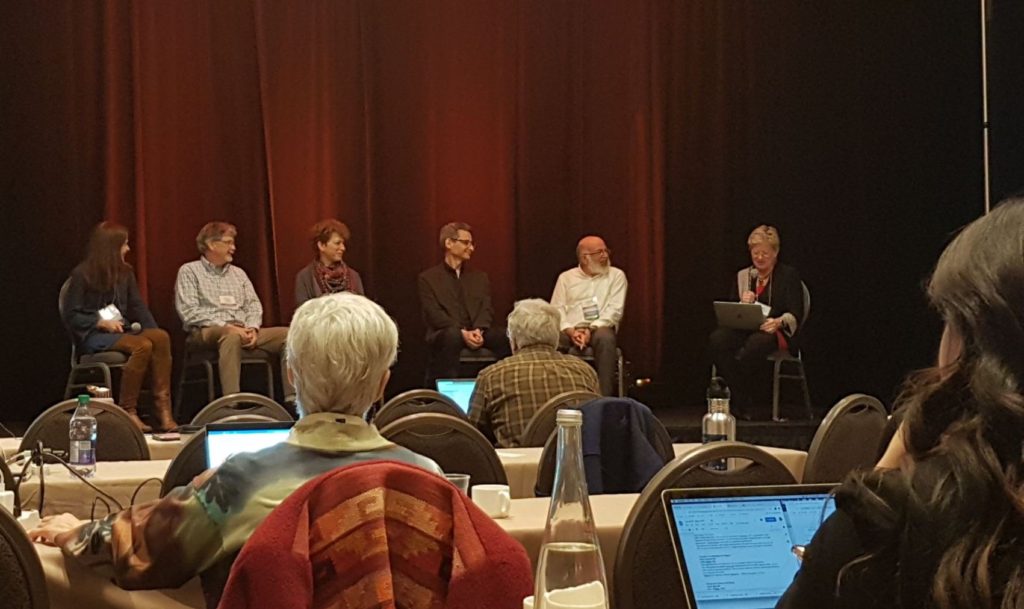 We fielded questions about how to talk with cancer patients about hard and tender topics, like how to break the news of an incurable diagnosis, and whether it’s OK to offer a patient hope when their survival odds are heavily stacked against them.

The conventional care system tends to equate hope with “There’s  an approved treatment for that.” As long there’s a treatment with a reasonable chance of success, it typically comes with a dose of hope from the doctor.

But if the available treatment has a low success rate, or if the patient’s cancer is likely to recur no matter how many times it’s treated, there’s greater and greater reluctance to offer hope.

This is hard on patients to be sure.  It can also be hard on physicians. An oncologist friend, who’s been in this situation all too often, told me he chose to retire early because he didn’t ever want to have to say again “there’s nothing we can do.”

I would ask, is there ever a situation in which there’s nothing we can do?  Is it ever OK to close the door on a person’s hope?

The fact is, there are people who have survived and thrived beyond pronouncements that they didn’t have a chance.  Many of these exceptional patients’ stories were documented by Dr. Bernie Siegel in the 1980s and 90s, and more recently by Kelly Turner, PhD in her 2014 book Radical Remission.

The most remarkable conclusion of these studies was that people’s survival against extreme odds often had little to do with what medical treatments they’d had, or even whether a treatment was available to them at all.  What returned them to health was the way they lived.  Certainly that included such things as nourishment, exercise and nutritional supplements.  But just as importantly it included how well they felt supported, how much joy and laughter they created, and how purposeful they felt.

To me, that means there’s more hope available than the conventional care system admits to.  As an expert in those “other” aspects of healing, I’m gratified that I can continue to help even when the medical system is closing its doors on hope.  I help people stay deeply nourished, so they have energy to participate in as much of life as they can.  I help them heal their relationships, so they have more love, support and peace of mind.  I help them find meaning and purpose, even as they think they’re becoming powerless within the physical limitations of illness.  And I help them master their fear, so they retain their sense of being in charge.

This doesn’t guarantee full remission, though I’ve seen many people far outlive their prognosis when these healing measures are in place.  But allowing people to hold on to hope lets them make the very most of their time, whether it’s long or short.

And that, to me, is the definition of wellness.

It’s my joy to offer you a personal, complimentary Clarity Conversation of up to 60 minutes.  You’ll come away clearer about what you’ve been struggling with, what you’d love your life to look like, and the best next steps to get you there.