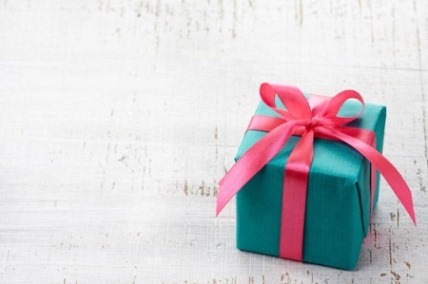 Diagnosed with breast cancer at age 26, Kara Dolce says this phrase inspired her deeply as she made her way through the ups and downs of cancer treatment.

A marketer working at that time with Garnier, a high-end hair styling company, she says it was all she could do to get herself to work.  It wasn’t enough that she often didn’t feel well.  Among the luxurious manes of her office counterparts, her bald head was like a neon sign saying “I have cancer.”

Kara recognized that she had a crucial choice to make.  She could authentically say she felt uncomfortable in an office where the accoutrements of femininity were the subject of so much attention, and take that as a reason to withdraw for the duration.  But she realized that in hiding out, she would be giving cancer the power to determine her agenda and self-image.

Instead, Kara chose to focus unswervingly on the thought that someday she would be well again.  She refused to see herself as anything but pretty.  She wore the most beautiful headscarves and dangling earrings she could find. She was meticulous with her makeup, even on the days she went to chemotherapy.

“A lot of it was ‘fake it ‘til you make it’”, she says today.  But her strategy worked.  People began to ask “How are you doing this?”  From the midst of her struggle, she recognized that people were drawn to her strength, wanting to know how to walk that walk.

Throughout her 4-year treatment and recovery, Kara clung to a pair of little pink boxing gloves, received as a gift, that never failed to inspire her.  As she got back on her feet, one day she realized that she was no longer in need of the gloves, and passed them along to a recently-diagnosed friend.

Reflecting on the enduring inspiration the gloves had provided her, and the enthusiasm with which her newly-diagnosed friend received them, Kara realized she had a means to tangibly pass on some of her strength.  She started Fighting Pretty, a nonprofit that sends gift boxes to inspire women with cancer.  Each gift box is hand-assembled with bright tissue paper and ribbon, and contains a collection of charming, colorful self-care items to help women feel pretty as they continue to fight.  Every box contains a personal note from Kara…and a pair of miniature boxing gloves.

Fighting Pretty recently sent out its 1,000th gift box.  Kara has been surprised and delighted by the impressive offers of support that have allowed her foundation to grow so quickly.  I’m delighted too, but I’m not surprised.  That’s the power of belief in your dreams.

What do you think about Kara’s ‘fake it ‘til you make it’ strategy?  What has helped you reinforce your self-image on your cancer journey?  Leave your comment below – I answer every one!

(And click here to send a gift box to someone you know who’d love a dose of inspiration on their cancer journey!)